The circus of life.
Children laugh as the man sniffs and looks like a hunting dog before stumbling on his destiny.
The time of waiting.

Northern Music Kinetics- (20 November 2010)...It feels like freedom, marvelling at all the smells and blurred human forms.

The Silent Ballett- (04 November 2010)...This is a more than decent work from a burgeoning composer who started her own net label to offer it for free.

Free Albums Galore- (19 August 2010)...It's a peaceful yet restless sound that works well in those evenings after a stressful day. Elisa Luu is another one of those talented artists you will not find in the limited commercial music venues.

Disquiet- (19 July 2010)..."The Time of Waiting" is enough to suggest less an album than a reel -- less a collection of interrelated music than a set whose lack of self-evident correlation serves the primary purpose of expressing the wide range of which Luu is capable. 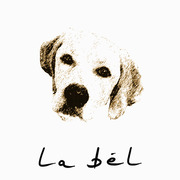